The nucleus of the UP Manila University Library is the Medical Library. It originated from the department libraries of the Philippine Medical School which was the first academic unit of UP established in 1907, a year before the UP was even established. The School was renamed UP College of Medicine and Surgery and given a new building in 1910. In the same year, the Philippine General Hospital was opened and eventually became a teaching hospital for the College. In 1923, the name College of Medicine and Surgery was shortened to College of Medicine. Pharmacy, Dentistry, and Public Health all started as departments of the College in 1914, 1915, and 1927, respectively,  and became full-pledged units in 1935, 1948, and 1932 respectively.

From 1922 the University Library was a highly centralized organization. The library positions and book funds of all unit libraries were all under the administration of the University Librarian (in Manila before 1948 and in Diliman after that). Technical processing which involves the ordering and processing of library materials and preparation of all necessary records were done at the Main Library.

After President Angara ordered the reorganization of the library system on December 22, 1981, the seven (7) Health Sciences libraries just mentioned as well as the School of Health Sciences Library in Palo, Leyte was transferred from the administrative supervision of the UP University Librarian Marina G. Dayrit to that of the second medical librarian Clarissa Dimalanta on October 22, 1983. It was then that UP Manila was declared autonomous by virtue of the Presidential Executive Order no. 4. In the same year, the library was renamed UP Manila Library and placed under the first University Librarian of UP Manila, Clarissa Dimalanta.

Rosvida R. Rosal became the second University Librarian of UP Manila and the third Medical Librarian in 1984. The Medical Libary started to play the role of the temporary seat of UPM Library Administration, handling technical services for the eight Health Science libraries.

The construction of a four-storey University Library building for UP Manila was initiated in 1987 by the third UP Manila Chancellor Dr. Ernesto O. Domingo. Construction began in 1992 and the inauguration transpired on June 22, 1995, during the term of Dr. Perla D. Santos Ocampo, the fourth Chancellor of UP Manila. 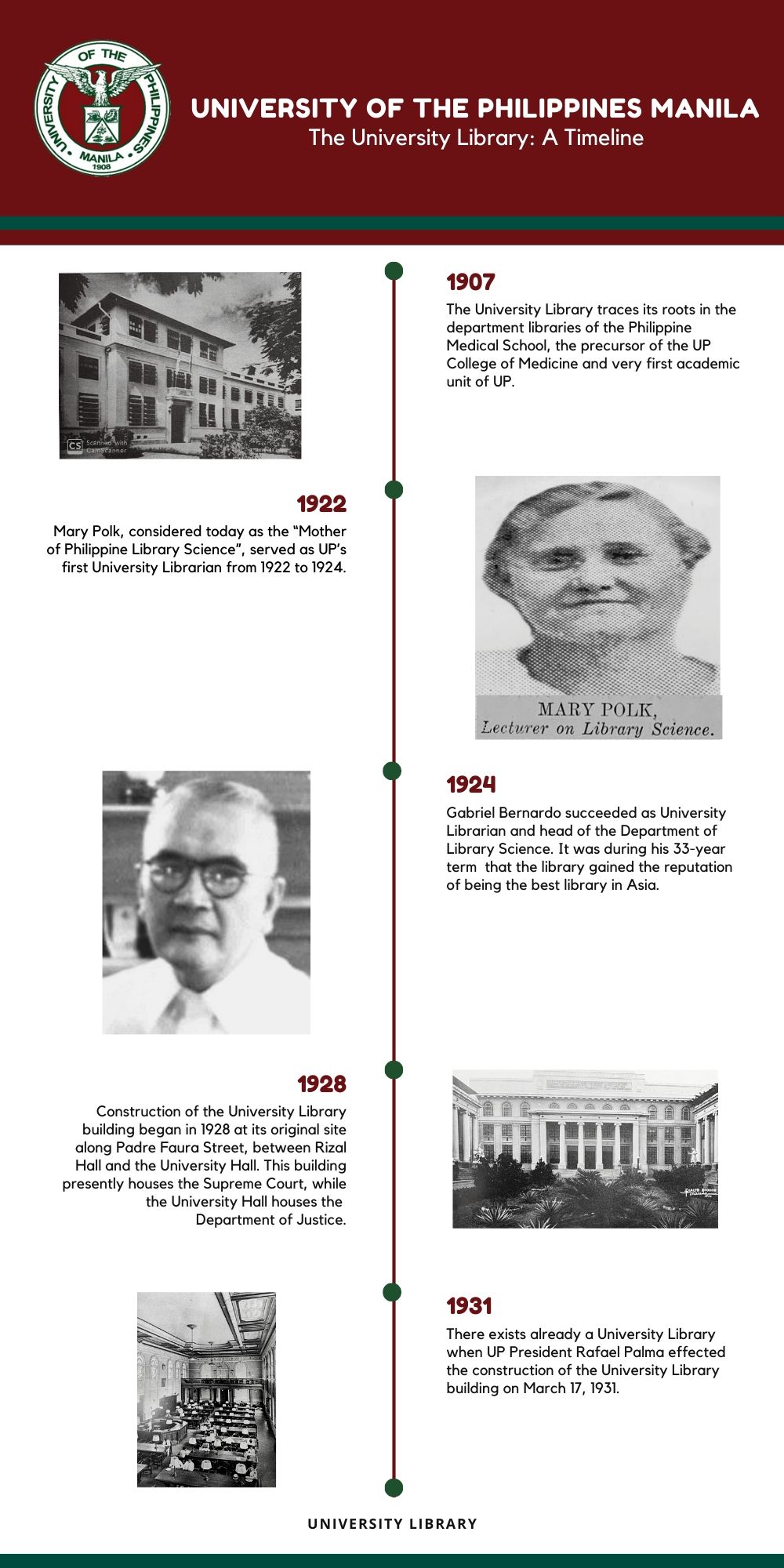 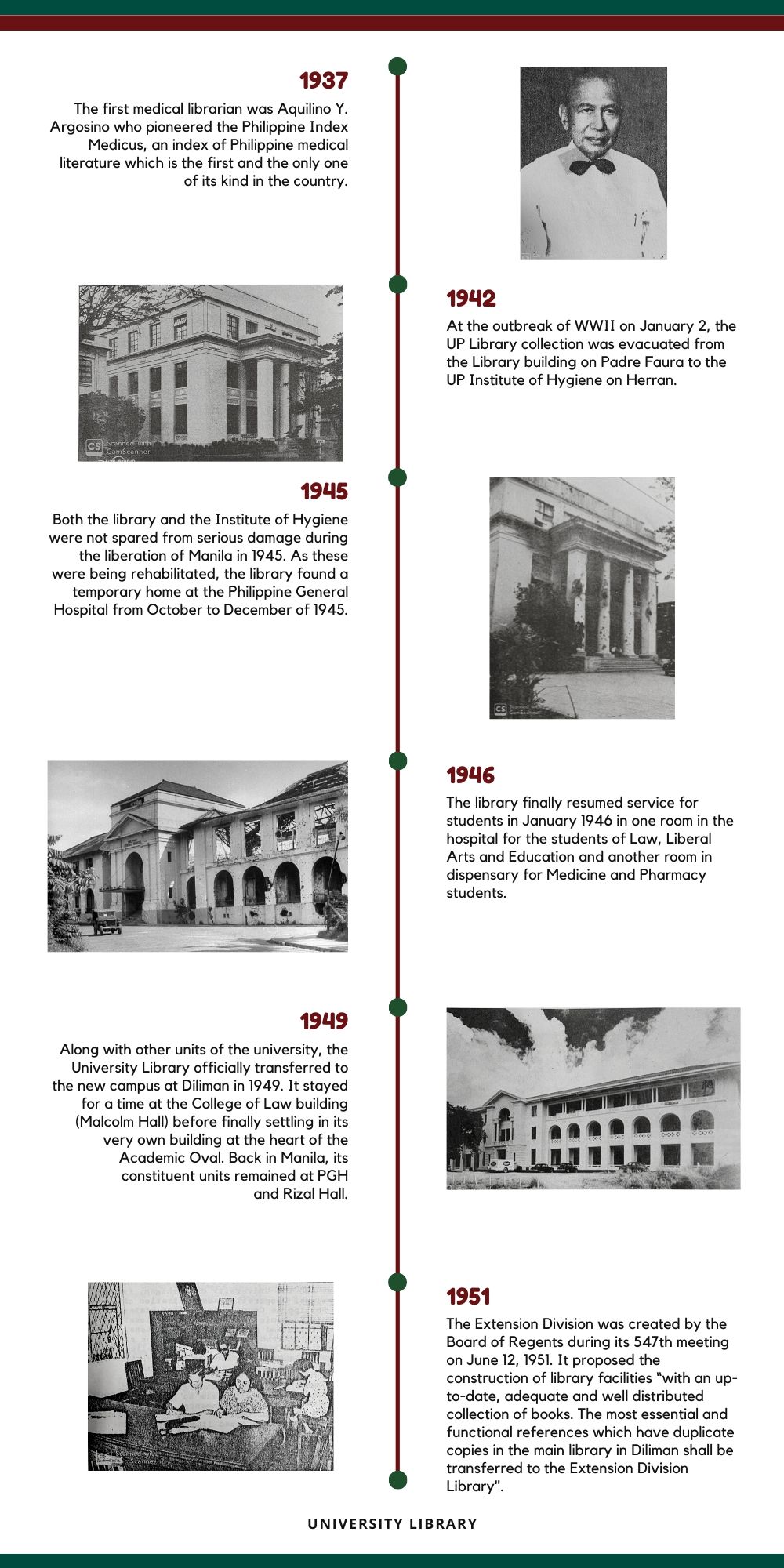 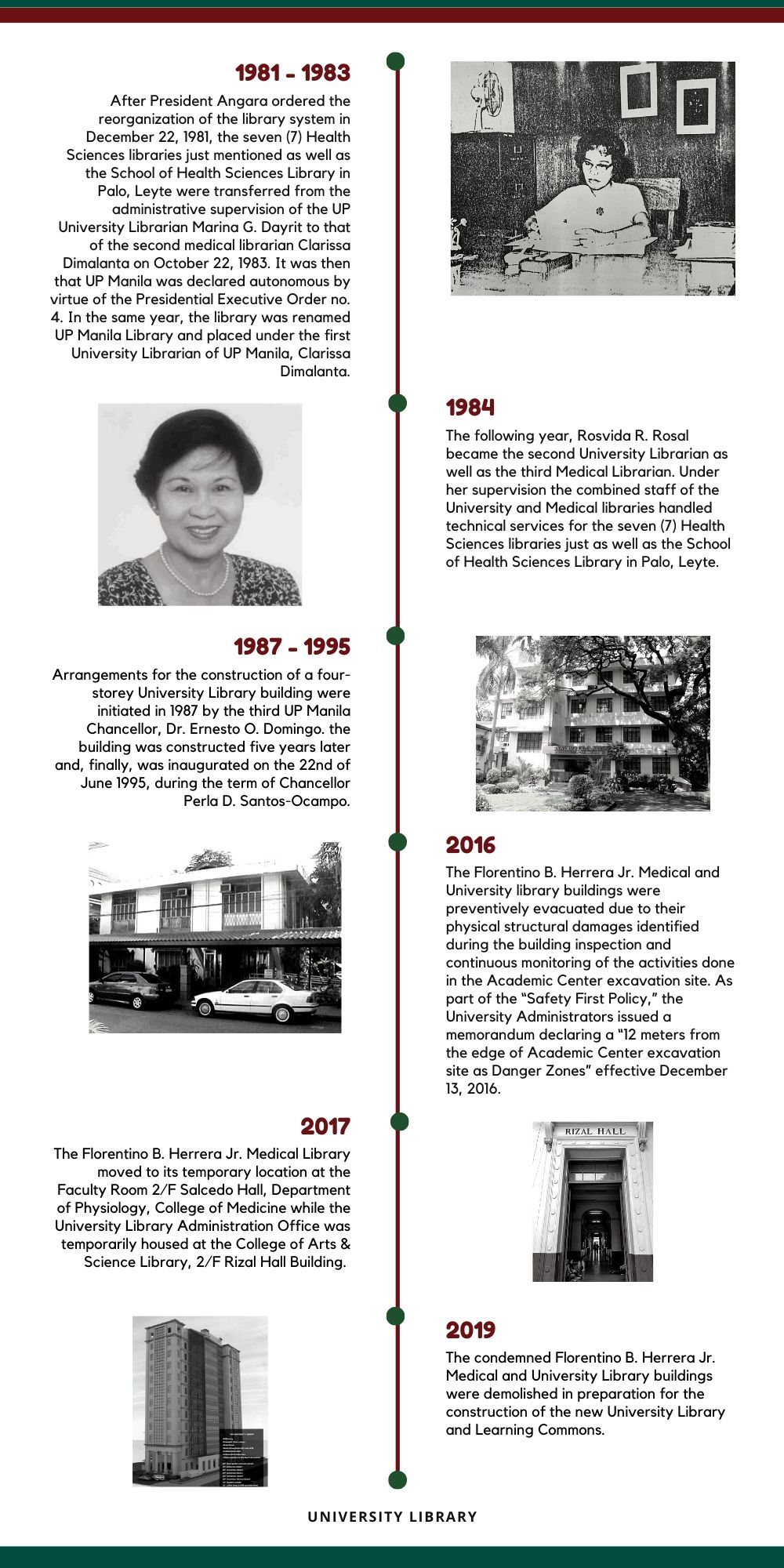